Abdi İbrahim is a pharmaceutical industry in Turkey. The foundations of Abdi Ibrahim, the leader of the Turkish pharmaceutical industry, were laid by Abdi Ibrahim Bey, a pharmacist, in 1912. Abdi Ibrahim Bey started his works in a small pharmacy laboratory in Küçükmustafapaşa District of Istanbul. In those years, the First World War had started, and therefore he joined the army. He gained great success with the production of “pressurized hydrophilic cotton”, which was carried out for the first time at the military-owned production site.

At the end of the war, Abdi Ibrahim Bey returned to the pharmacy and started producing drugs again. In 1919 he purchased the license for the “Müshil Nadir” Candy. Followed by” Brom Valerin Nadir ” and other preparations, he turned the entire area of his pharmacy into a manufacturing facility. He died of kidney disease in 1926, but his wife Mrs Mehveş took over the management of the factory. She enabled the production of formulations such as tincture, extract, fluid and infusion. In the following years, she transferred it to his son Ibrahim Hayri Bulut, a graduate of the school of pharmacy. Ibrahim Hayri started the production of Codex bulbs and Codex drugs and later of sulfamide, vitamins and antispasmodic preparations.
Abdi İbrahim Pharmaceutical Factory, which has been making great strides every day, started to have a voice in the pharmaceutical market in 1960. İbrahim Hayri Barut, who advocated the National Pharmaceuticals industry with great enthusiasm against the foreign-capitalized drug producers in the country in those years, died in 1961. After these dates, his brother-in-law, who took over the management of the factory, made new developments in the field of medicine. Ansa, the first Turkish antibiotic raw material factory, was established, to reduce foreign dependency in raw materials and primarily in the production of antibiotics.
In 1975, Abdi İbrahim changed its name to Abdi İbrahim İlaç Sanayii ve Tic.A.Ş. to increase its economic power. After 1981, the third generation of the family pharmacist Nezih Barut started to work as general manager. Abdi İbrahim İlaç Sanayii, which has made significant progress after these years, has reached a license agreement with many well-known foreign drug manufacturers. After that, he also significantly increased the number of his own drugs.
Today, it has the most extensive portfolio in the sector with more than 200 brands and more than 400 products. With 4,600 employees worldwide, it is responsible for improving lives in more than 60 countries from European Union countries to Canada, North Africa to Asia, while continuing their investments and activities in the international market. Thanks to its deep-rooted background in the Turkish pharmaceutical sector, it keeps their activities in regional and global markets with its dynamic structure and reliable human resources.

Please visit the company website for more information about their products. Further, if you want to know more about companies in Turkey, visit our website.

Only premium members can see details

We have no affiliation with the companies we introduce. We add these contents to our website in order to promote the distinguished manufacturers of Turkey in the world arena and to increase their export volumes. No content is excerpted, all created by our own authors. If you want your company deleted Click here 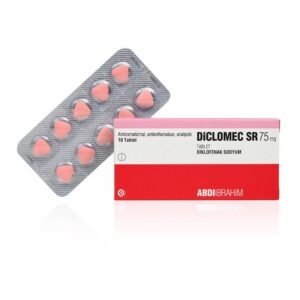 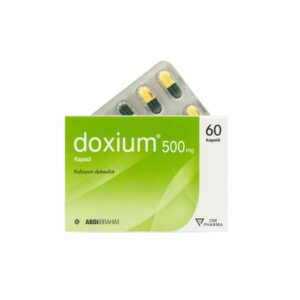