Be the first one to rate! Submit Review

Tariş is a food company in Turkey. TARİŞ Zeytin and Zeytinyağı Tarım Satış Kooperatifleri Birliği have a very distinguished and honorable place in the historical development of cooperatives in Turkey. The first organization dates back to a century ago. In 1913, the first organization was launched to directly evaluate the products in the Aegean Region from the monopoly of foreigners and usurers. Later, on 9 October 1935, “Agricultural Sales Cooperatives” Law No. 2834 was enacted. 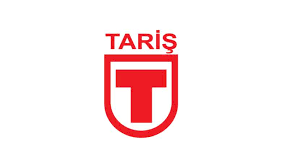 The most important problem faced by olive cultivation, which has an essential place in the agricultural production of the Aegean Region, was undoubtedly the problem of marketing the product obtained under satisfactory conditions as in other agricultural sectors. However, until the 1940s, no organization in olive grove could evaluate the producer’s alter. Also, due to the lack of facilities capable of processing the products and the fact that olive oil prices were abandoned entirely at the mercy of the merchant, olive cultivation was not attractive for producers. The only way to overcome these problems was through the organization of the olive groves.For this purpose, at the 103rd meeting of the Board Of Directors of Izmir Fig and grape Agricultural Sales Cooperatives Association on 27/10/1941, the decision “for the organization of olive oil, for the beginning only olive oil is included among the common secondary products” was evaluated as appropriate. At the same time, it was deemed necessary to be purchased from the market and exported.
The aim of the corporatization of olive oil was: To end the instability in the prices of this product due to the Second World War; to free the olive oil producer from the exploitation of profiteers such as merchants, brokers and operators; as with other products, to leave in the hand of the manufacturers the money that goes to intermediaries; and based on Paragraph (B) of the third article of the law No. 2834, to perform the processing and sale of products as raw materials when necessary.
S.S TARİŞ Zeytin ve Zeytinyağı Tarım Satış Kooperatifleri Birliği operates according to the Law No. 4572 on Agricultural Sales Cooperatives and Associations and the Sample Articles of Association of Agricultural Sales Cooperatives organized by the Ministry of Customs and Trade. Around 28 thousand olive producers in the Aegean Region have established 30 olive and olive oil agricultural sales cooperatives, with limited liabilities, a variable number of partnerships, and variable capital, among them. They are following article 1 of Law No. 4572 to evaluate their products with better conditions and to protect their economic interests.

These cooperatives are “S.S TARİŞ Zeytin ve Zeytinyağı Tarım Satış Kooperatifleri Birliği” (S.S Tariş Olive and Olive Oil Association of Agricultural Sales Cooperatives)
Tariş Zeytinyağı Tarım Sanayi ve Ticaret A.Ş. A.O.S.B. performs olive oil refining, filtration, and filling with its high-tech infrastructure at its facility in Çiğli, located on an area of 26.000 m2. Quality and environmental sensitivity, continually evolving technology, expert and dynamic human resources, knowledge, experience, and the respected image formed as a result of the principles of Business Ethics has made Tariş Zeytinyağı A.Ş. one of the leading companies in the sector.

Please visit the company website for more information about their products. Further if you want to know about companies in Turkey, visit our website.

Rate us and Write a Review

Your request has been submitted successfully.

As BUYFROMTURKEY, we have no affiliation with the companies we introduce. We add these contents to our website in order to promote the distinguished manufacturers of Turkey in the world arena and to increase their export volumes. No content is excerpted, all created by our own authors.

If you want your company deleted Click here Claim Now!
Buy anything from Turkey
#
Agent (Online)
×